What to do when the market is selling off 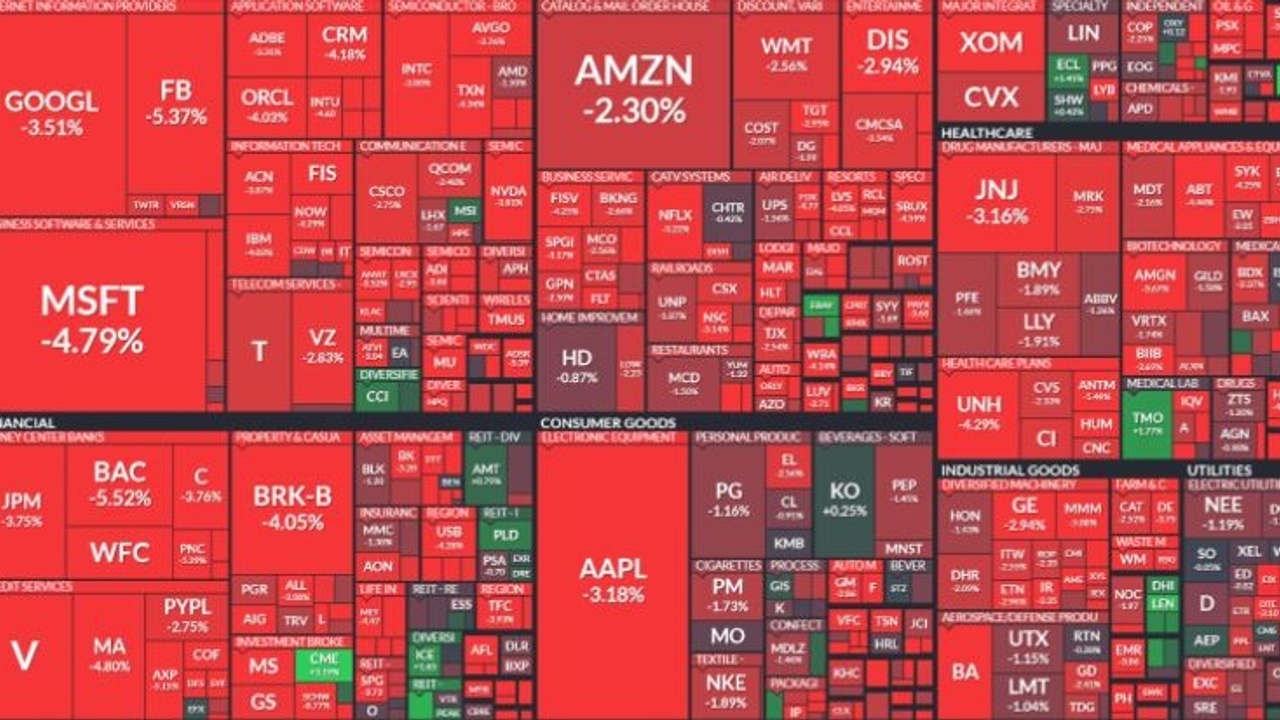 The SPY (S&P 500 ETF) is down around 4% in the last week. Mostly due to the newest COVID variant dubbed "Omicron." Keeping politics out of this as much as possible I want to say, the market is down based on the fears of government response to the new variant.

The economy is already having a tough time due to supply shortages. Of course it's easy to fear that any more supply/production constraints will push us over the edge.

Whether or not that happens, it's important to keep the market downturns in perspective. Throughout history, periods of fear and panic selling have been the absolute best times to buy in.

This is true for mid-to-long-term investing, but of course if you are short term investing you need to have a solid stop-loss point and the ability to find strong support/resistance levels.

Take the first COVID Crash as an example: 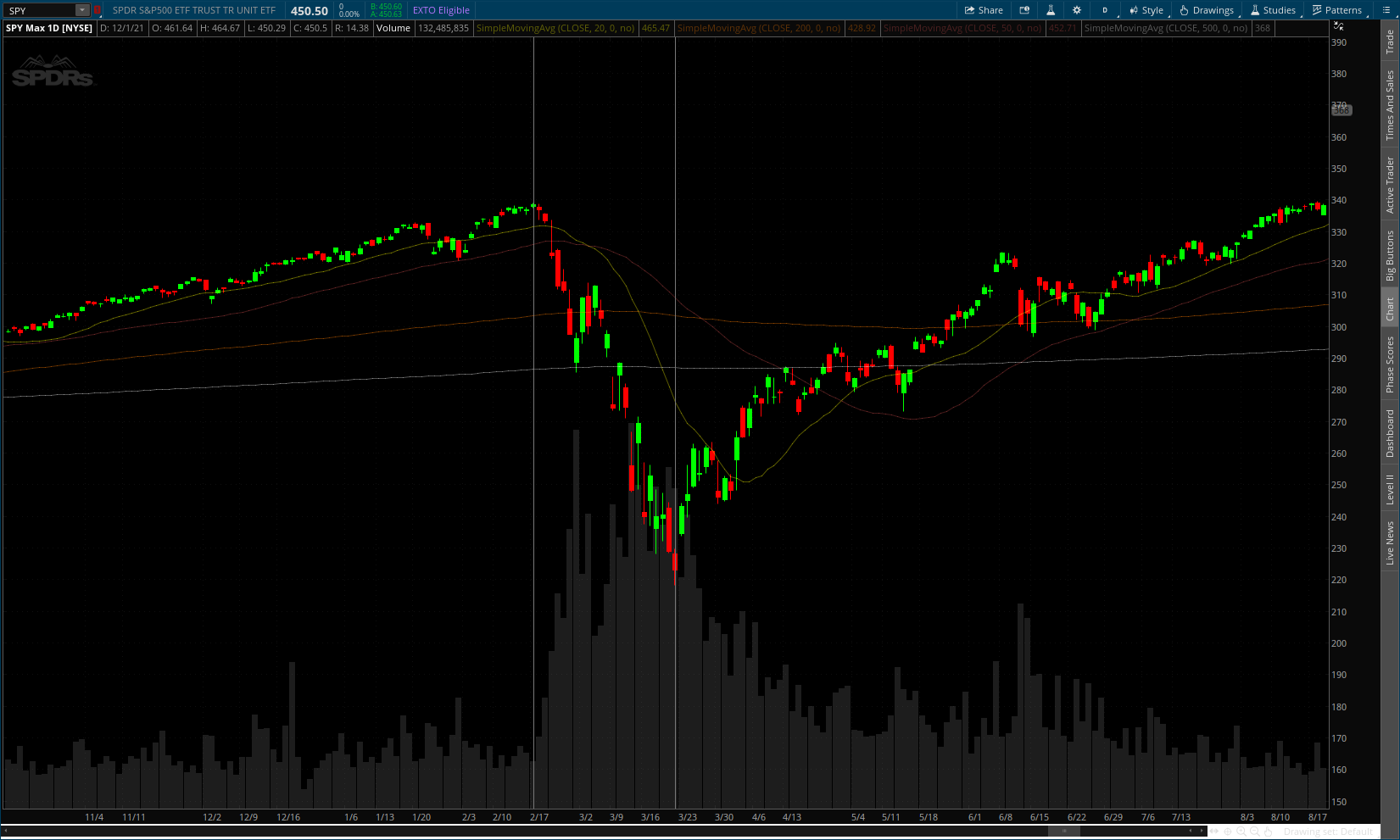 In one month, the SPY dropped 35%. If you were holding during that period it was no doubt scary, but 5 months later it was back to all time highs.

Warren Buffett once famously answered that he didn't lose any money during the housing market crash because he didn't sell anything. He was buying. 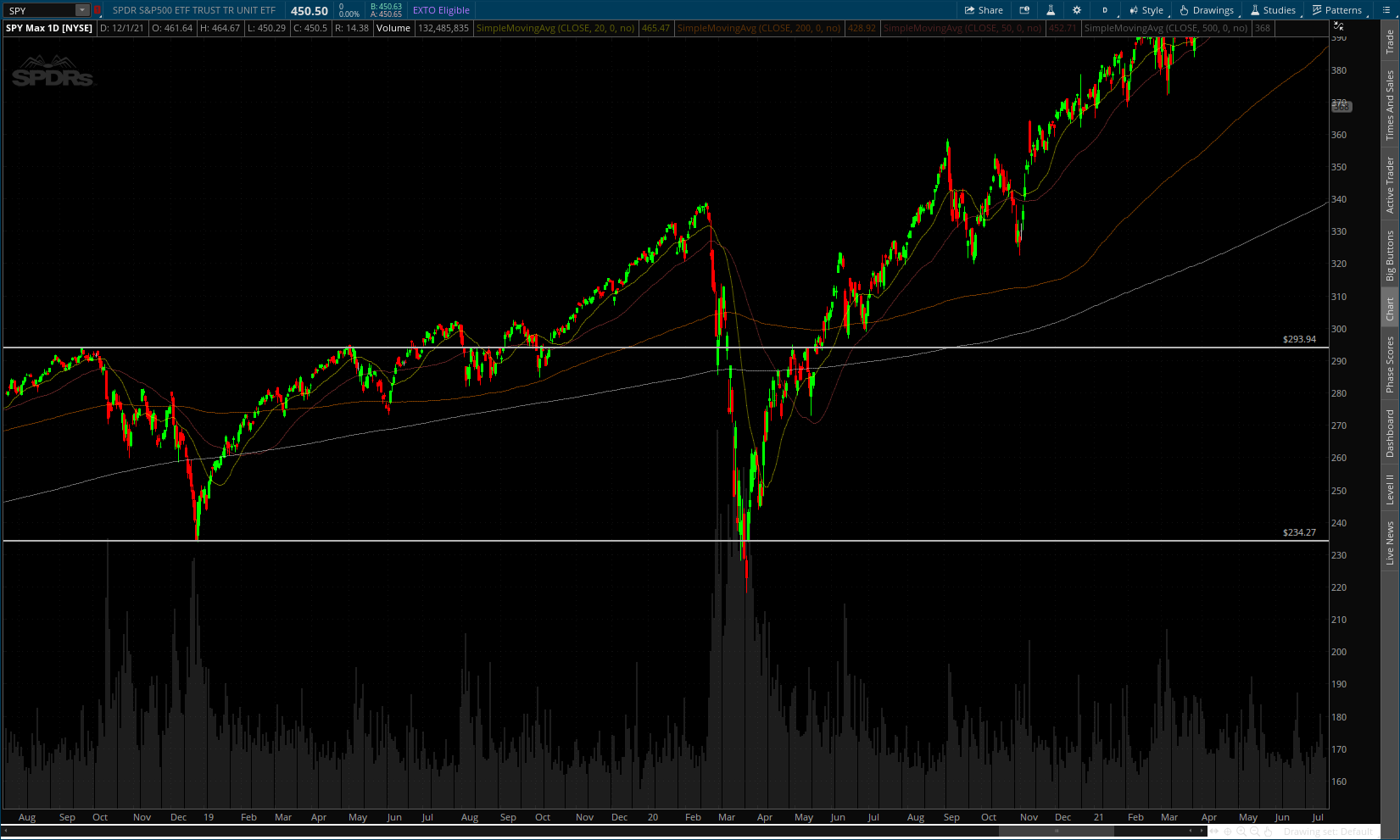 If you bought at support levels during the crash, you would've had an average price around $260 for the SPY. That position would be up 75% as of today.

Fact: There has not been a crash in US Stock Market history that did not recover. The market goes up over time. Will it always do this? Maybe not, but at that point we've all got bigger problems than our trading accounts. 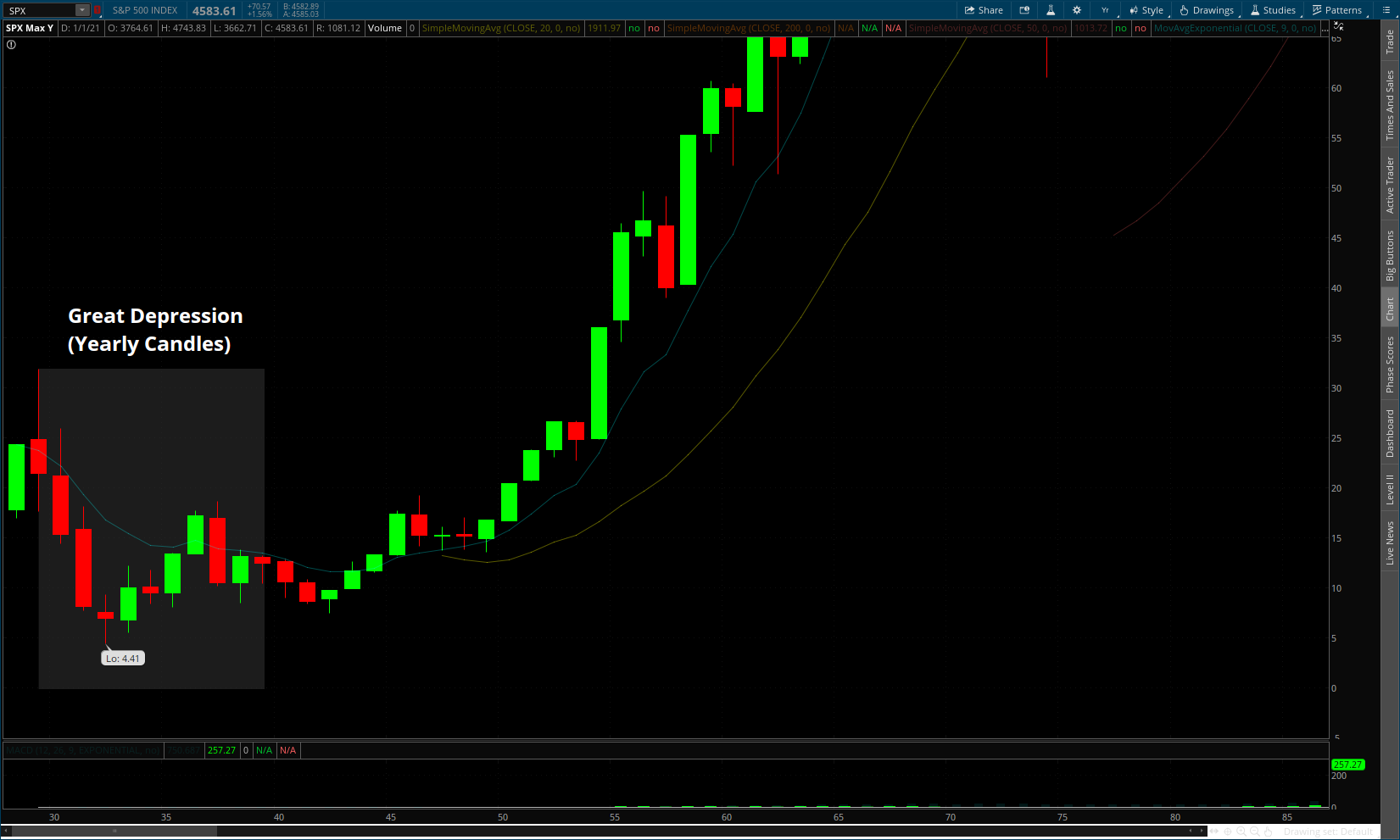 The Great Depression (above) - The market had dropped 80% when it hit the bottom in 1932.  If you were unlucky enough to start investing in 1929, your original position was still up over 100% 30 years later. Assuming you added to your position during the downturn, you might have a 300-500% ROI during that time period. 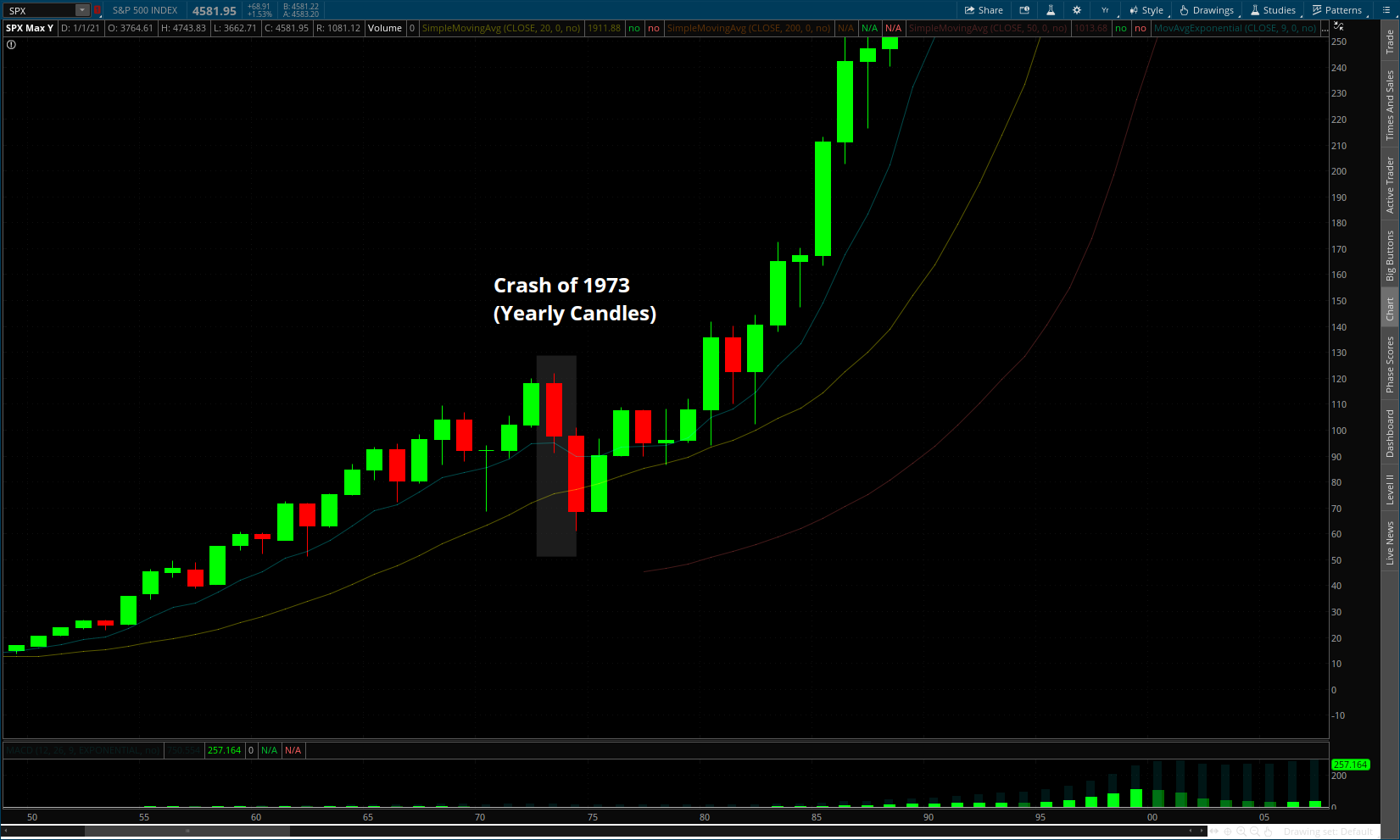 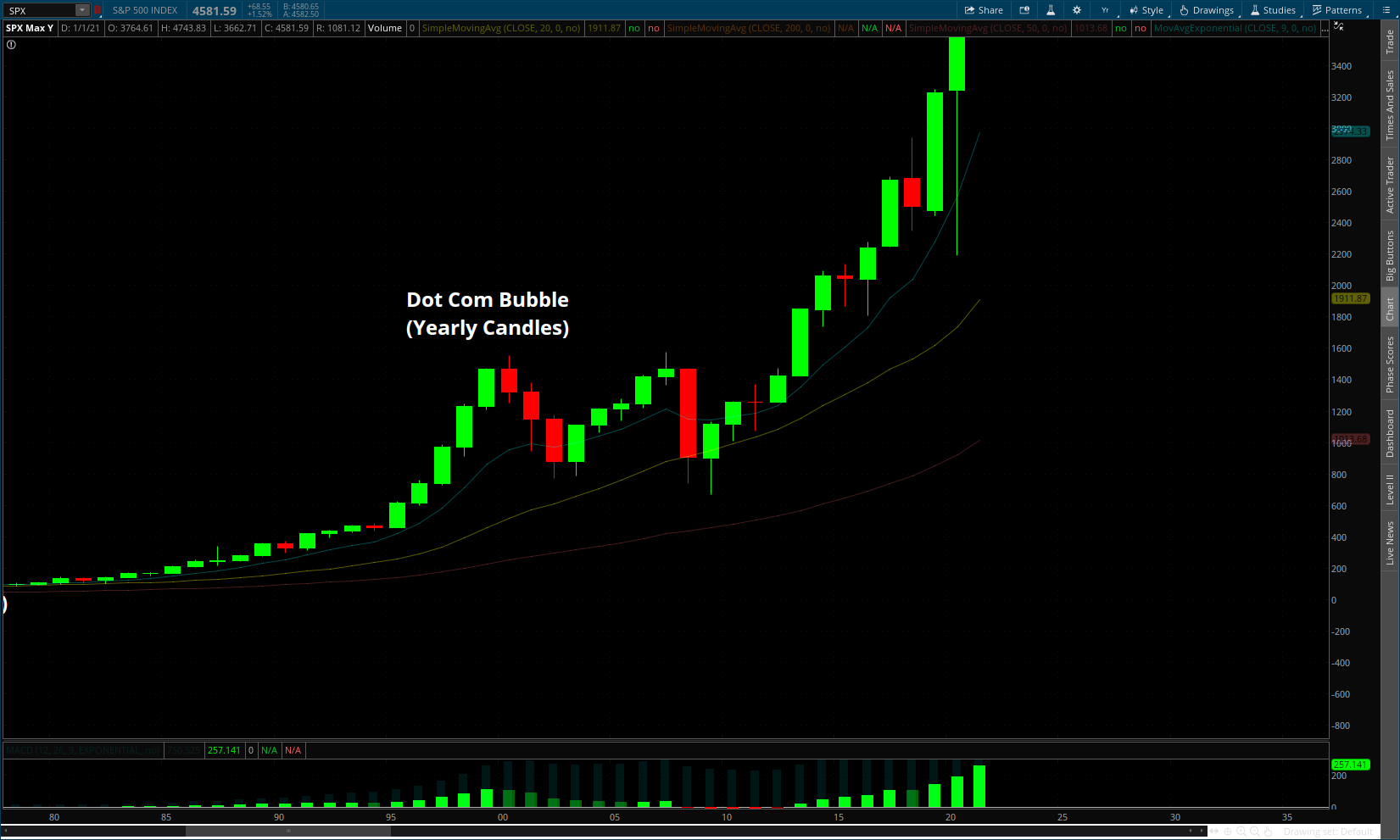 Dot Com Bubble (above) - Another decline of 40% during this crash. While the world was ending, the people that bought just before this crash are up 212% right now. 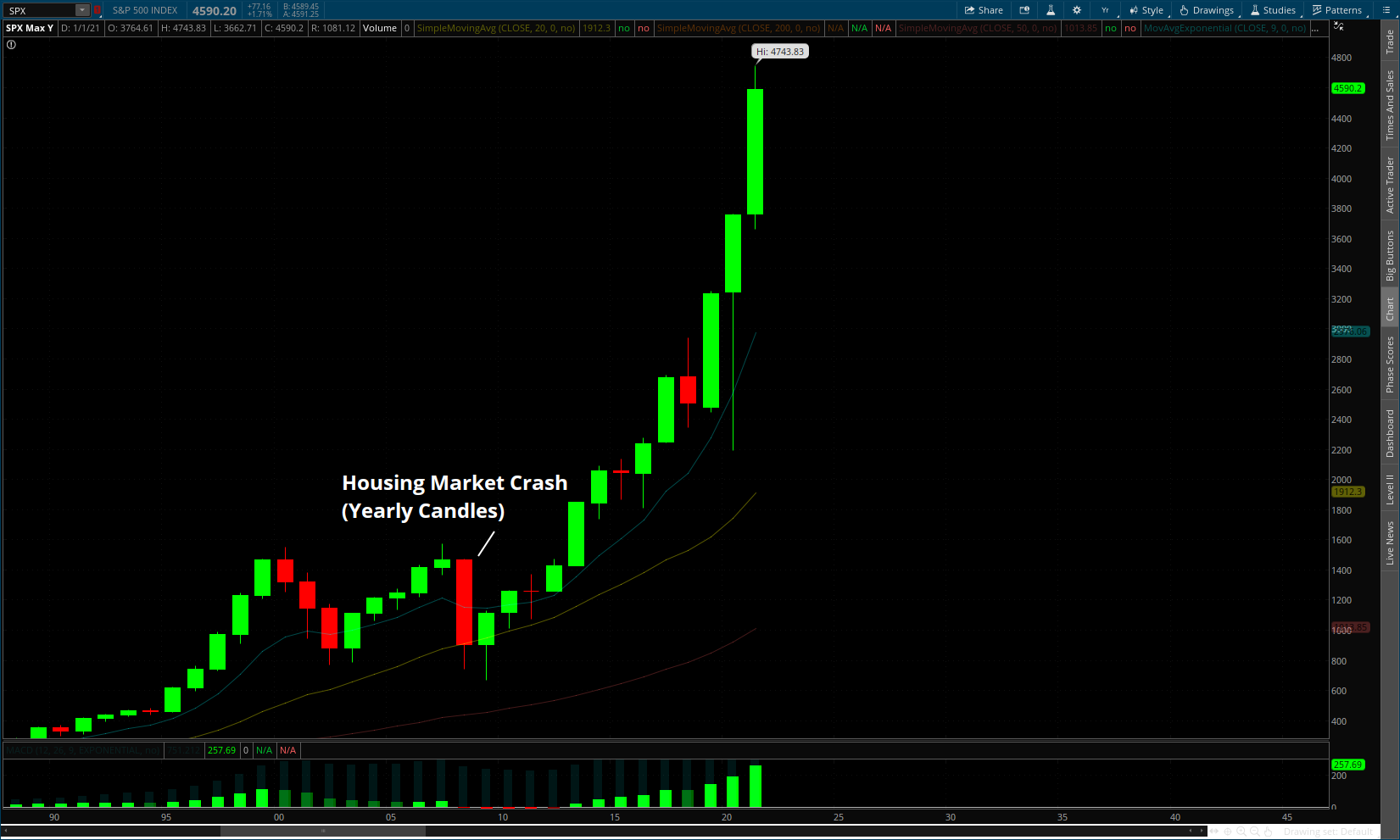 Housing Market Crash (above) - Yet another drop of roughly 40%, and this one came just a few years after the bottom of the Dot-Com Bubble. If you bought before this crash, you're up a little over 200%. 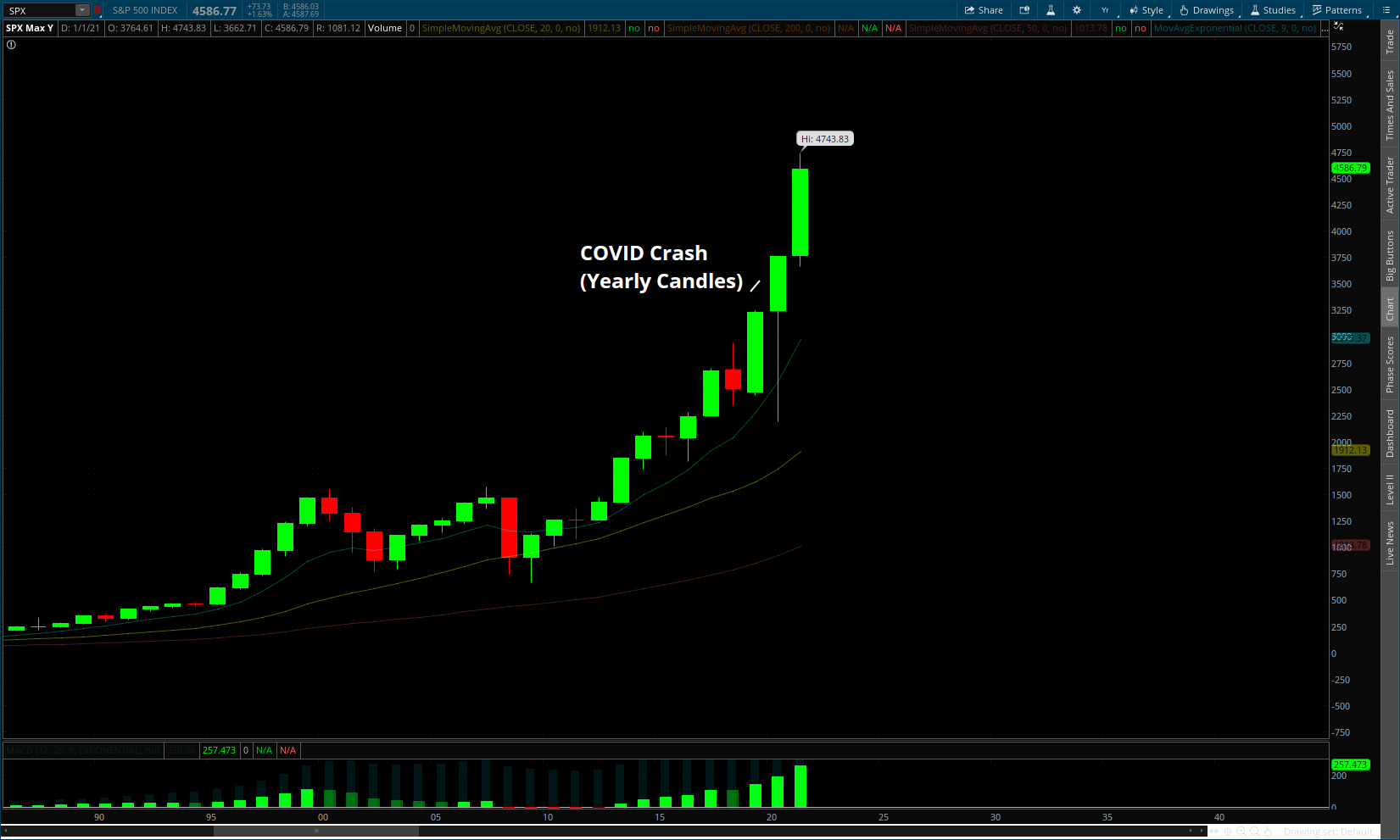 COVID Crash (above) - The market dropped around 33% last year. If you purchased just before the crash you're up 41% right now.

Why am I talking about buying just before the crash?

I'm analyzing it this way because this is the main fear people have before starting a long-term investment. Everyone says "what if I buy and the market crashes? Shouldn't I wait until the crash?" I'm arguing that that should not be the question. The question should be "how soon can I start investing?"

Here's a better representation of why we should not spend our time looking for a crash- But, we should always take advantage of those crashes when they happen: 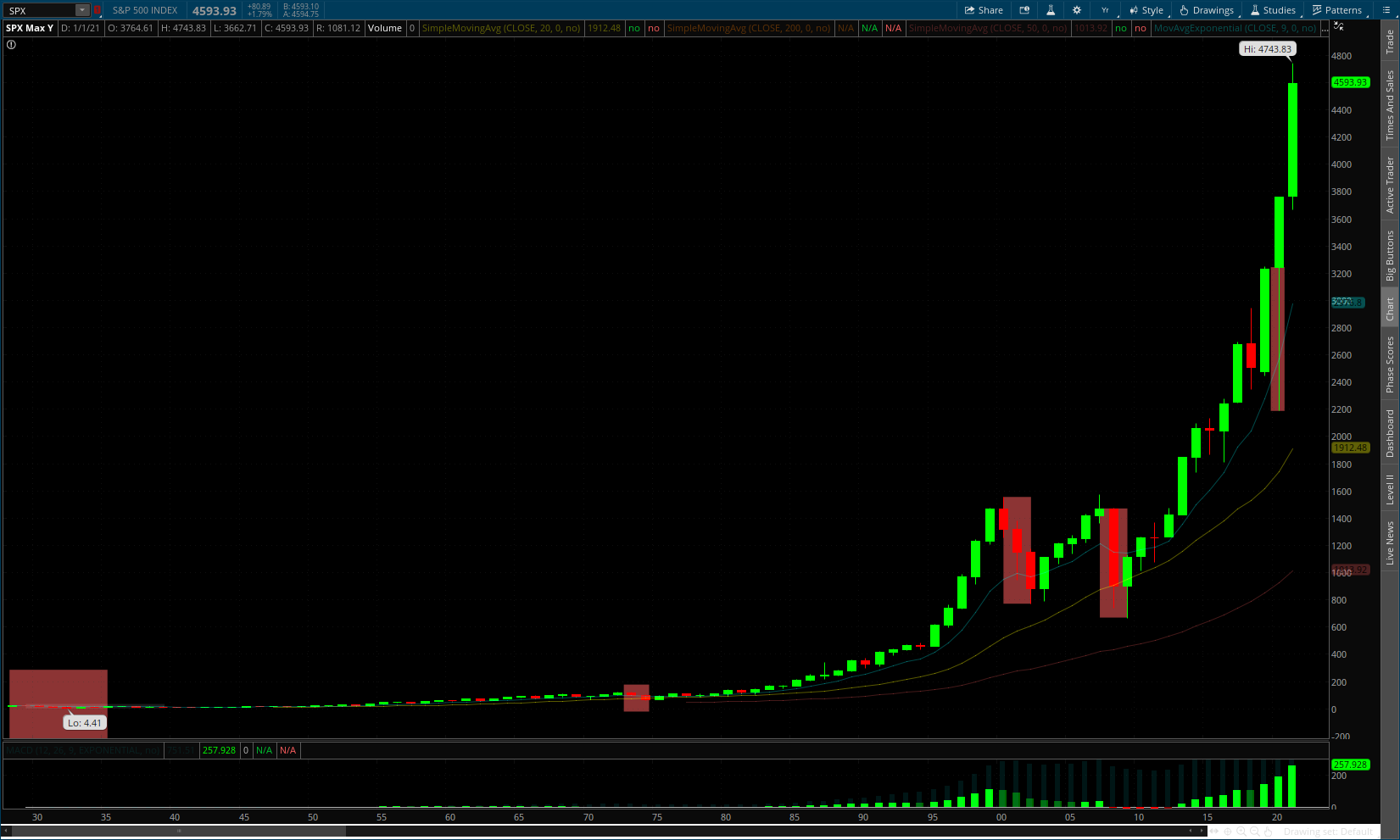 Highlighted in red above are all the periods in stock market history that keep people from starting their own retirement account. What do you see between all those red boxes? Money. Don't let a statistical anomaly keep you from investing in your own future.

For people just starting out in their long term investment journey, I recommend buying UPRO (3X Leveraged S&P ETF) if you have the stomach for it. UPRO just had a -12% pullback, but it's still currently up +85% for the year. Once you get 15 years into this investment, consider switching to SPY for lower risk while getting closer to retirement.

I should mention that I do currently own UPRO, so do your own research and do not buy based on my advice. In no way am I trying to pump the entire S&P by publishing this article! 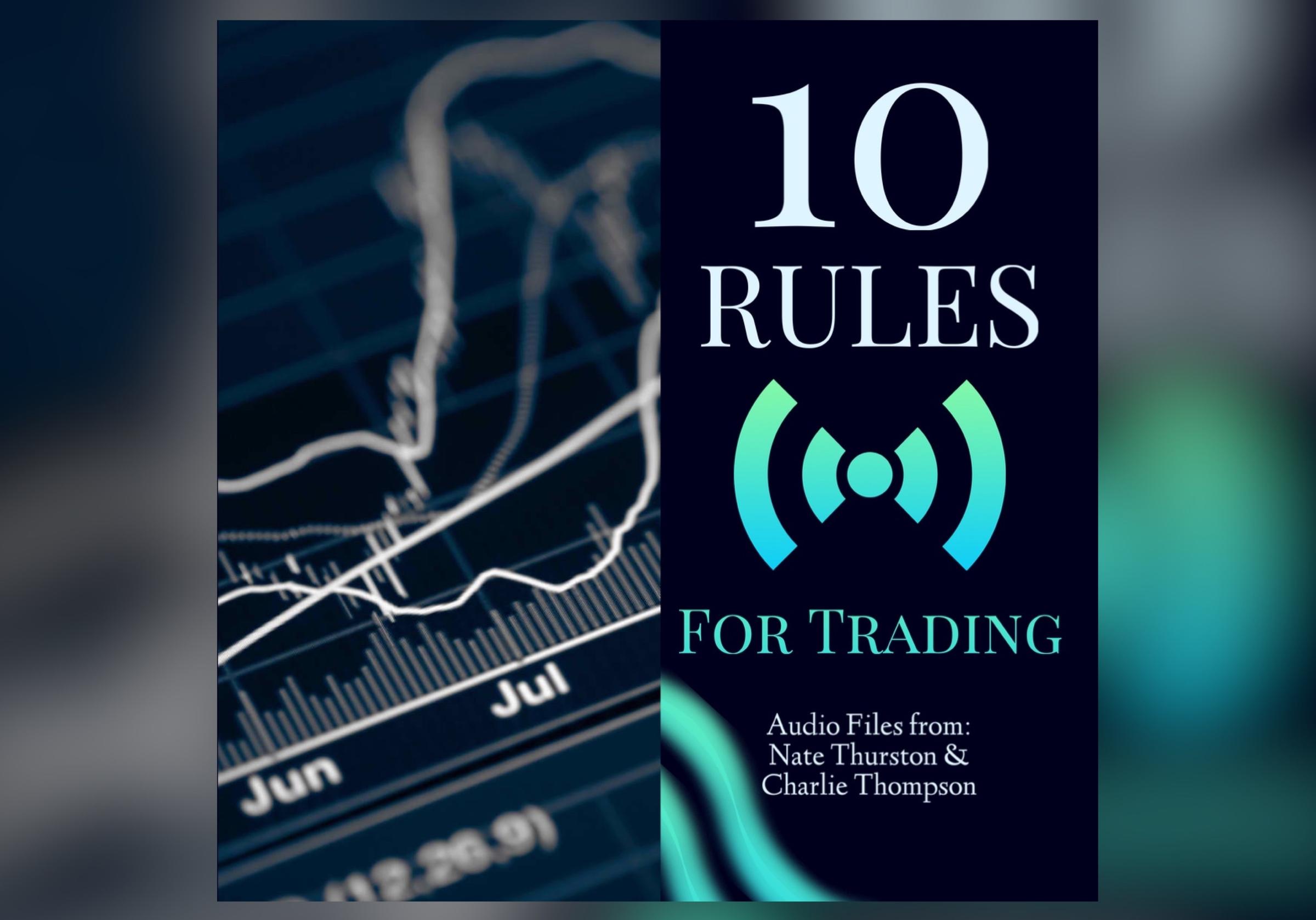 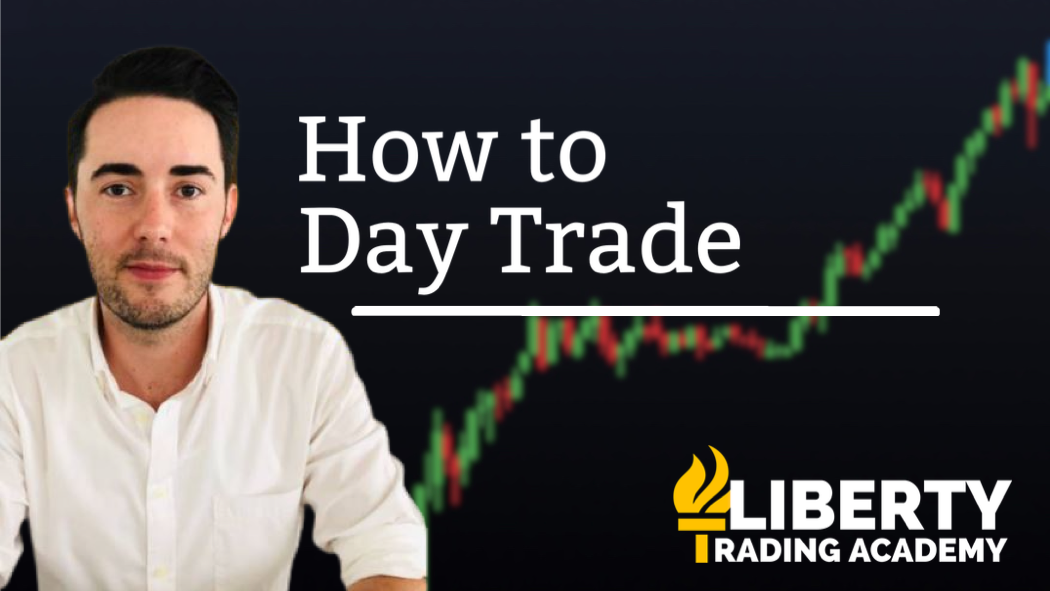